Wrapped in a blanket, you will simply close your eyes and listen to the soothing sounds of Himalayan Bowls, Crystal Singing Bowls, Chimes and Shamanic Percussion as Emma takes you on a journey to deep inner peace. The chatter of the mind ceases, muscles relax and tension melts away leaving you in a state of deep calm.

So, come along to a soundbath with me to experience the power of intelligently applied sound, which our ancestors intuitively understood.....

What happens in a Sounbath?

In a Soundbath Meditation you will lay down, wrapped in a blanket and with an eye mask while Emma plays Himalayan bowls, crystal singing bowls, chimes and percussion that are played in such a way as to be deeply relaxing. Emma's soundbath sessions usually last two hours to include relaxation stretches or breath work before the session and tea, chocolate and blissful sitting and chatting afterwards to fully absorb and enjoy the effects.

How does a Soundbath work?

What happens in the brain?

Anthropologists think that we developed the ability to be entrained by sound when we became bipedal (walking on two feet), this enabled us to use our hands to create tools by hitting things against each other. This created rhythm which we became entrained by, although we don’t know why evolution gave us this gift of a love of music, but it was likely to be to help us form bonds with non-family members, which would have been important for our survival.

Emma's Soundbaths are very popular and she performed at the Under the Moon exhibition at Harris Museum and at the Lancashire Encounters festival. 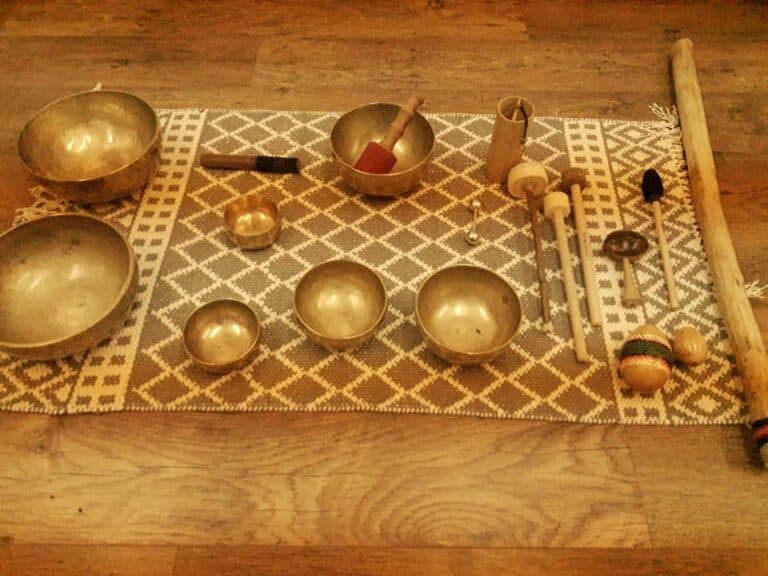 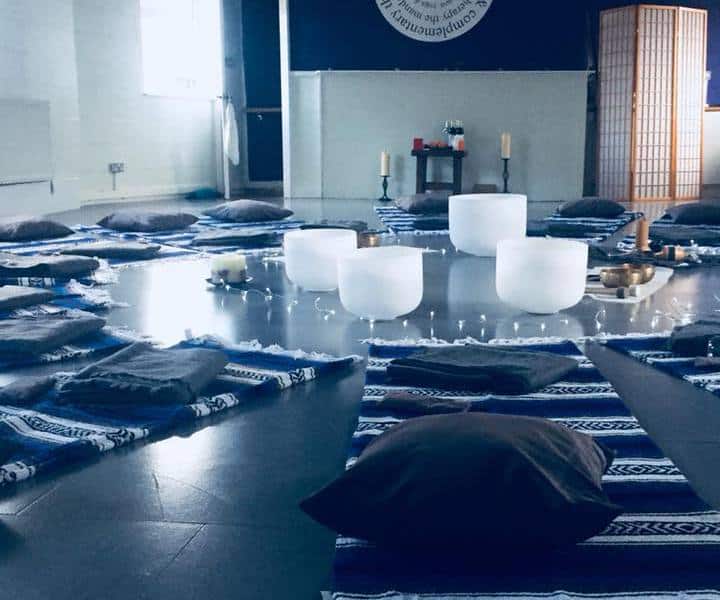 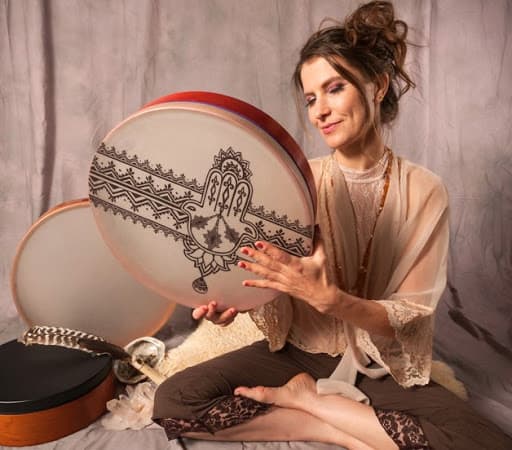